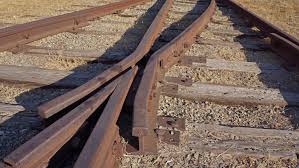 It's time to make decisions again.

I left full time employment in the energy industry as it was eating me up. It provided more than adequately in compensation, but it was with an engineering firm working in extraction and transportation. Day, or rather night one I knew it was a terrible decision, but I needed the work. We had student loans and all prospects had dried up. I took the work knowing that it would force a moral compromise, and it did.

I spent eight unhappy years getting up before dawn being the first one into the office and often the last one to go home working in an industry, that as insider, is immoral and places profits above all else. I did this every year saying, "next year in Jerusalem, next year."

I paid off our student loans, I bought a house, I wrote large checks to my shul, because that was the power of income the energy industry lays on its employees to keep them. I got on boards, I steered tens of thousands of donation monies into local nonprofits, I tried to be a voice internally about doing a better job.

After eight years I was having daily chest pain, and could not sleep well any more. I was put on Rx anti anxiety medication and I watched one person after another burn out and leave. Eventually my wife said enough, we have enough, find anything else you want to do and take that job and leave it this one is killing you.

So I did, and it was great. I found a job in the nonprofit world that was part time temporary work on a project. I didn't have to spend six to eight hours every day driving someplace. I didn't have to work in a dangerous or toxic environment, and I was no longer a tooth in a machine that exists to eat the world.

Now it's time to find something else. I have old colleagues hounding me to come back to engineering. They are swamped and need the right person to help manage the middle level while they focus on their own specialties. There has been talk of shielding me from some of what I had to deal with before. It will cost them, I understand what I'm worth and they have tipped their hand,  which they seem to understand. But, I don't want to do it.

I don't want to go back to the stressful job of working in civil engineering where it appears from my experience that by and large the status quo is maintaining the very infrastructures that have brought the plant to ecological collapse or actively pursuing more directly exploitative contracts with energy firms. As a surveyor there is little need of my skills locally for anything else. And working with old colleagues they all know what I can do, so there will be no room to say no. My specialty is problem solving. I went to school for various things, but what I learned to do and love to do is solve problems.

So, economic safety and prosperity is being again waived in front of me and the old emotional bonds made over years of working with people are being plied against me. So, who am I to turn my nose up at such an offer?

When I got into survey work it wasn't as an engineer. I was a boundary surveyor, retracing property lines. It was a historical treasure hunt every time. But there is little work there, mostly second homes and when money got tight in the financial crash of 2008 I had to do something else. And while I hold several degrees, the height of my formal education ended with my bachelor of arts degree, which any more holds the clout of a high school diploma from 1990's.

My next choice is a return to school. Get that masters degree. Do it in a program that specialized in nonprofit work and leadership.

But looking at what schooling costs again, which has only increased in the decades I've been out, do I want to incur that expense again, and start over with loans, in a field that will never pay enough to pay them back? Do I have that sort of time and energy left? In a world poised on a return to dictatorships and more global catastrophes from our arrogant disregard of the warnings?

I was brought up to understand that you had to put aside what you wanted for what was needed. This was some of the most basic programming I absorbed. That with some planning, and luck there would be time for what I wanted if I secured what I needed. While I'm not sure if I believe that any longer, I have a a very stable life for it. Ten years ago it wasn't a question, the phone rang, with an awful offer and I said I'll be there.

Rabban Gamliel was captures in Avot as saying:


I've never been totally sure what that meant, but I think it means I need to go back to school.