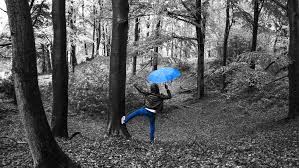 Do we idolize it, romanticize it? I was reading Rabbi Arthur Greene's observations on nature and Jewish mysticism and it made me think about my own perspectives after an oneg conversation at shul this weekend.

He had been involved in a meditative workshop and after some chat on the topic of space came up and I mentioned how I typically check the thermometer every morning to see if it's warm enough to daven outside. He admitted that he's not so much a morning person to be aware enough to really make the most of it, but I made my case all the same citing my early rising habits of old.

For me there is nothing like going out, and I'm talking 38F and up, and standing on he back porch and facing east as the sun is breaking thru. The transitional times of day are unique and the opportunity to let the senses fill with it as the words pour forth, for me is an experience I treasure.

Greene noted that unlike the prophets whom were the source of much inspiration in the mystical tradition, the Hasids of Europe were maybe not so intimately connected. While the rural village was a thing, life in the ghettos was as well. Being free and in the land as described by nevi'im was perhaps not so much first hand but a romantic desire expressed in the kabbalist tradition.

I had the luxury of growing up where I could spend days on the farm, or in the woods just exploring the world around me and contemplating what I was seeing. As an adolescent a lot of time was still spent out of doors and as a young couple my wife and I lived in the mountains and I became a land surveyor. Large portions of my life have been spent in limited company, outside. It was at this point when I was working as a surveyor in the mountains that I found it difficult to even come inside our home as everything felt too close. We raised animals, gardened, and spent our daylight hours out and even some clear nights, winter and summer taking in the splendor of it all.

In all that time in the high country every time we told folks back down state they would refer to it wistfully as God's country. Let me tell you, God's country is full of black flies, and deer flies, no-see-ums and mosquitoes. Employment is seasonal and tight and hard find and full of hard work. Communities are isolated, the closest we lived to a hospital was 20 miles, and the winters are long and hard.

It was a sort of midbar, and yes it is God's country. But my nostalgia for chasing off wild dogs to save my chickens only to loose them all one winter to a weasel, and having to deal with all that in knee deep snow is not what our downstate family and friends meant. Midbar as wilderness is even a stretch, dabier the thing, the word, it's not really the same as wilderness in English, but that's the Hebrew word for it and yet it makes sense.

Today we live some two hundred miles and a lifetime away from there. Work finally became untenable and you can't survive on the scenery alone and yet we long for the wilderness again, hardship and all.

Is it a fetish? Have we lost sight of the sparks under it all? Holding the Tanakh as a reference, so Torah, Prophets and Writings, not just our weekly portion of Torah. Torah in Exodus a time in the wilderness is not the same appreciation of nature that the prophets give us. Exodus is a time of trial, of purification, of testing, not shepherd girls and gazelles. A place the Hebrews went to be cleansed in order to become Israelites. The Israelite prophets went back to the midbar to keep communion with God, it seems often to keep the message alive. Like Issac returning to re dig the wells of his father's time in the wilderness.

I understand the wilderness I left was brutal, and I miss it still. Was there something wrought in me in that time, or was it wrought at Sinai with the rest of the tribe and only carried along and refreshed in the wells that were reopened in my time? Is it in the children of Israel to long for the wilderness, or is it just romanticism? Do we return with an open, honest heart? Is it God we are looking for? Are we seeing the forest for the trees?
Posted by לְדַרבֵּן at Sunday, March 17, 2019