It is my intent that this argument be for the sake of heaven... 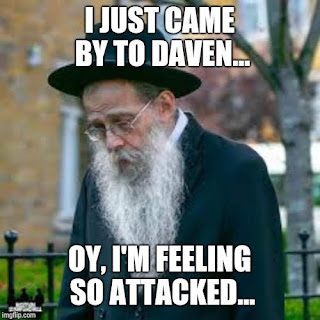 Something struck me in the last few weeks. A tiny thing in all the sidurim that seems to go unnoticed. It's not in my sidur app, it's found a little in the art scroll, it's all over in my eit ratzon.

This isn't a call out against the chainsaw like style the orthodoxy seem to enjoy. They apparently have work to do and are vigorously engaged in it and it's working toward that purpose. So nu, what about it? I'm glad you asked, I was reading this Kook book over the weekend....

"Revealing and Concealment in Language" by Chaim Nachman Bialik was an essay about the relationship of spoken and written word, and according to Yehudah Mirsky this was also on Kook's mind in 1915. In Kook's writing in Switzerland of this period it penned:

"the soul is full of letters...they float in thought like delicate birds on the delicate spiritual canopies in the great skies of thought...The practical and contemplative mind absorbs them, the imagination sculpts them, feelings awake and song rouses and beats out waves."  Mirsky, Jehudah Rav Kook: Mystic in a Time of Revolution (Jewish Lifes) . Connecticut: Yale University Press, 2014. Digital

It's mentioned that in the Lithuanian Mystical tradition weight is given to the form of each and every letter for its potency to influence and be influenced in the creative act.

From Mirsky on Kook:

Thoughts precede letter- they are "unrepresented representations." The curving stroke of the first Hebrew letter, aleph, points to the asymptotic mature of all language, and the words themselves are "delicate partitions" behind which "the representation remains in obscurity, in the depth of silence." It is by pushing, playing, and sculpting that boundary that letters and consciousness do their work of revelation.


I believe that everything has its season, but I've found for myself that I'd rather be in a morning service that is more like working into the mikveh than treading water.

Stepping down into the earth, becoming buoyant and finally going under the water, feeling it enveloping me and supporting me. Fluid and womb-like, a mixture of a place both homely and alien, claustrophobic and expansive, a place to seek the space between spaces.

Look for the commas and try it out. Try to recite or read the lines with the pauses. Just as an experiment. It might not do the trick for you. It might not work for me the next time as it did the last time but our sidurim are records of what what worked once upon a time. Give them their due and see what comes if you can spare or make the time.

The commas are there for a reason, and for me it's the same reason I'm in prayer, so pause for a moment.