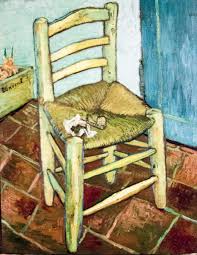 We woke up to another tragedy this morning in the news. Mosques holding services that were targets of deadly violence in Christchurch New Zealand.

Let the words sink in. Mosques full of prayer. Deadly violence. Christchurch, named for one of the colleges of Oxford university; a joint college and cathedral.

I'd been starting to spend some time asking what Neo-Hasidism had to offer on suffering. If all the world we know is but a dressing on top of the reality that everything is of god-stuff why all the suffering.

Opinions very if you search it. Many who still cling to what Hasidim was have a range of explanations, some quite fanciful and full of the supernatural. And this is without all the hurtful, conspiratorial or co-opted options heaped into the mix.

It's a good time to recall that Neo-Hasidism never wanted to continue the entombment of the past. Making ourselves a life in a bubble of time is not the way forward. Neo-Hasidism was an attempt to cull out ideas that might help forward a rapidly changing world and letting go of the rest.

That being said I turned back to the folk tales of the past, tales of Kabbalah and wise old masters.

A couple with a sick child, a dying child was desperate. The father traveled to see the BeShT even. He begs the sage to do what he can to influence heaven over his son. The Baal Shem Tov takes on this challenge and in his meditations ascends to heaven on behalf of the boy where he finds the gates locked. The next day he tells the father that he is sorry, the gates are locked, the boy's fate is sealed. The father thanks him and tearfully returns to his village. After he has left the BeShT has an idea and tells his servant to find the most cunning thieves in town and bring them. The servant finds a minyan of men (rough town) and they and the sage consult before he attempts a return to the question of the boy and ascends in trance into the heavens. A few days pass and the BeSht travels to the village to check on the boy's condition and finds that he is well. The father asks how, when he was told the gates were locked. The reply is, I went back with help and picked the lock.

Once a man and a woman had a boy that was beyond the doctor's help. The woman begged her husband to see the Kabbalist in the next village to try anything to save the child. The man went, and he met the learned old mystic and told his tale of woe. The mystic sent him away for the night saying he'd try. The next day the man returned to for his answer which was no, there wasn't anything to be done, the boy would die. With tears in his eyes the man set off to return to the woman and the dying boy. After an hour on the road he heard a clatter behind him and saw the carriage of the sage racing towards him. Thinking some revelation had occurred he quickly stopped and waited for the carriage to come along side. It was the sage only he was crying as well. The man asked if there was something that could be done and the sage replied, I can not save him but I can come and be with you during this time and try to be a comfort.

They are two different tales, that start out on the same road and end in different places but do they help with the modern world's issues? If we take the tale of the Baal Shem Tov as prescriptive for future issues I think it can stand the test. To understand that when what has worked in the past may mean re thinking it and going to uncommon sources, looking over the horizon and asking for help from the most unlikely sources for an answer it might be useful to the future.

The second tale, of the unknown sage, is where we are now though. We are hurt and all the supposed power, metaphysical or otherwise, is useless. It wasn't his sagacity that was needed, it was his commonality in this time of pain.

For all Hassidism's mystical holy men, what old fashioned concept might be pulled forward into our time of need?

Menschlichleit, just be there for your fellows in the time of need, it's the most powerful tool we have.