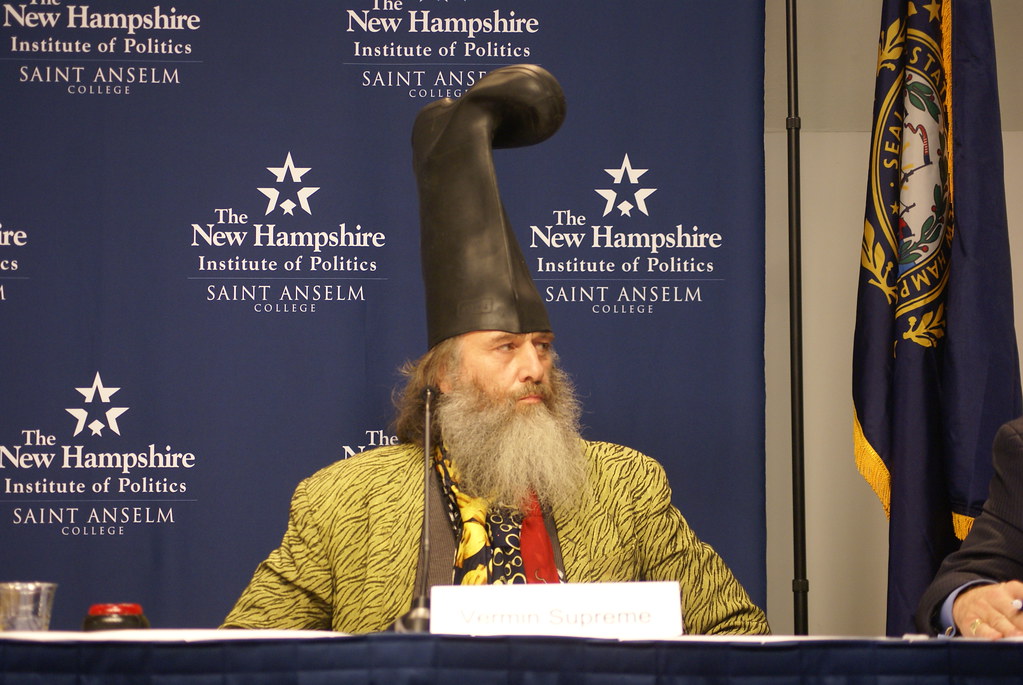 What do you think of what you read the word Prophet?

I've been reading a work on Rabbi Kook of late and he espoused a return to the prophetic tradition. In Rav Kook : Mystic in a Time of Revolution it's written:

Rav Kook sought to revive it [prophecy,] sensing it in the air= though as the semi-prophecy traditionally called Ruach Ha-Kodesh, the holy spirit, hovering in the ether of consciousness between the human and the divine.


The lines made me think on the idea of the prophetic and a Gizmodo article that had been making it's way around the internet in the past week. It was a story by Kashmir Hill on how she tried to give up on the big five tech companies (this is Feb. 2019 for you time travelers) and how very difficult this is to do with the interconnections and unseen players in our internet of things reality.

In particular, she was trying to get away from being the product as it often said when talking about what we trade for our "free" use of resources like Google products (this website) or Facebook for example. You the reader are a data rich commodity to tech industry which is supporting itself on feeding your habits to advertisers and, well anyone else who wants to buy it. I am sorry to put you in this spot, but I can't afford to host my own blog, so I use Google's Blogger to do that and edit and distribute it.

One of the things she wanted to try to get away from in particular was Google and GMail. Google's systems and by that I mean the bots, programs that are designed to automate and handle tasks, are always watching. Data is being collected and that is, in real time causing effects on what you are seeing via advertising choices. Something I noticed in the last few updates to Gmail that has become sort of "normal" are the automatic responses to emails. When I get a request for a meeting I have quick reply options presented to me. These work and are available because Google is reading the email I'm getting. Its bots are looking at the email for words and sentence structure in English to formulate the quick reply options for me to choose. Let that sink in, the machine (a construct of sub programs that makes up a part of the Gmail System) is reading all your email and presumably your out bound mail too in order to learn how to give appropriate response options. Now before we go all crazy surveillance conspiracy lets get back to the prophecy part of this.

That Gizmodo article I mentioned earlier was something I came across on Mastodon. It was just in the time line of the global feed of a Twitter like social media system I use. Not someone I followed per se but someone I followed re posted it from someone they followed. Later I looked at Tumblr (another social media site, with different folks) and someone I follow there had posted the same article. I was speaking at shul with some friends about tech and it came up that it was on NPR and still a third person I know much more personally had been exposed to the article. It came out on Thursday the 7th and by Saturday the 9th I had several acquaintances and friends reference this article that we all found in common by different avenues.

I said to a friend in Atlanta:

Wow, turns out we all read this today...Is that the product of the bots mining our common conversations or like Bob Ross' happy accidents, the most charming definition I know for coincidence?


Bots. Bumped into a neighbor I hadn't seen in years. Next day on FB, there he is, as a friend suggestion.


I think we all probably have noticed a one off text resulting in targeted advertising, or maybe even heard of the routing of maternity goods to a woman who wasn't aware she was pregnant yet but purchases were telling a different story to the right sort of mechanical eyes.

Some kids in red MAGA hats were filmed with some native American's in what appeared to be a disrespectful act. Millions of people were able to see this before anyone was able to get the entire story of the occasion in Washington DC. It wasn't that lots of people making interesting choices on public behavior that was the most interesting part of the story. How did so many people see this so fast? Our interconnected system of semi-organic, semi-algorithmic information dispersal was the real story, moving faster than humanly conceivable, this was the story.

While I'm not expecting to see moshiach now in the target circulars any time soon at what point can we start to think, perhaps we've begun to manufacture a sort of electronic prophet. The bots are scouring everything we write, post, buy, all to get a better sense of how to direct advertising to us and not be obtrusive about it. It's not conspiratorial to say that the data mining of individuals is a very real thing that is happening. My questions is, when will it become so interconnected and independent that we see it as predictive, as truly prophetic? Will we reach a point when like Douglass Adam's suggests in the Hitchhikers Guide to the galaxy we consult a machine for the answer to life the universe and everything?

Will the bots be as s'ferot in a Luranic sense becoming the conduit between the ein sof and us. Will we reach a point such as in the movie Tron we loose sense of the differences between the programs and the users?

I don't think this is what Rav Kook had in mind when he longed for a return to the prophetic but at the same time I'm not sure a good conversation along these lines wouldn't happen either. I have a feeling Reb Zalman would have been all over this suggestion, or at least humored me with some consideration of it.

I know bots led us all to the same story, because we all have enough overlap in our lives in this aspect to make it a common connector in a great unseen web between friends and acquaintances. I'd rather live in happy accidents. Take it for what it's worth, just an observation. Maybe a whole new way of studying what we think of as prophetic will be opened up to us by this? I don't know if I'm ready for a new era of prophecy, it seems as though in Tanakh nothing but trouble followed the prophets and who would wish that on their people! And if we have indeed entered a new age of information from beyond the human grasp, may we all be patient enough to consider the source and take the time to consider what we've received.
Posted by לְדַרבֵּן at Sunday, February 10, 2019