Thread of Blue, Tuned in?

Once upon I came across an egg as I walked. The experience was so beautiful I took this photo to try and hang on to it. Funny eh, just a broken robin's egg in the detritus of the ground. But it was so small, and perfect despite it's being broken, and so very blue. 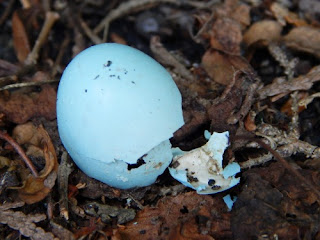 The Rabbis wondered why God commanded the inclusion of one blue thread among the white threads of the tzitzit.

Tractate Menahot of the Babylonian Talmud reports Rabbi Meir asking “Why is blue different from all other colors?” and then answering, “Because blue resembles the sea, and the sea resembles sky, and the sky resembles God’s Throne of Glory…as it is written: ‘Above the sky over their heads was the semblance of a throne, like sapphire in appearance…'”

I'm not a gigantic fan of the watchmakers analogy for the ontological argument, there seems some risk of suggesting we're mechanization and restrict free will. Still I had come to ponder as I was studying with my rabim this weekend the idea that there might be something in us that is meant to activate under particular circumstance. Something that is beyond instinctual but isn't exactly intellectual.

We had come off a focused study of mysticism and are now working on a unique individual who's thinking people have credited as a mystical. Reading on this individual, the concept of the s'phirot and our own experienced I posed questions:

If the s'phirot are always changing and manipulated and allowing for the transmission or the withholding of divine influence from a spiritual realm to the earthy, do they need corresponding receivers? If we are as individuals carrying microcosms of that spiritual realm around inside us what happens when they match? What if these sparks the mystics speak of raising are the crystals in the receivers of our souls?

I was thinking about crystal radios.... 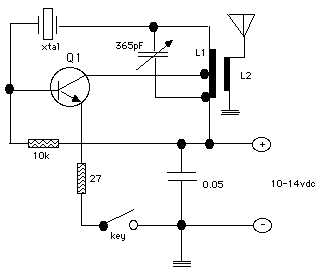 The crystal in watches, and radio transmitters is to provide a stable frequency to make a regular electromagnetic beat.

We all learn to 'tune in' on things. We learn to tune into the people we spend time with and know when they are having a hard day without much formal communication. We learn how to transmit our feelings just as surely. We learn how to tune out (hopefully) negative things in our day to day. We can call this cultural tuning, and it tends to be amplified and refined by society.

But how if we actually came pre-tuned for somethings? How about if you and I and all humanity are walking around as a lot of receivers, pre-tuned for some of the universes greatest hits? Things like love, or anguish, sunsets, and moon rises, and blue eggs laying on moss and leaves in the wet under-story of the woods?

My path coincided with a robin's egg on the ground, the egg was cracked. It might have hatched a robin who kicked it out of the nest as it grew. It might have never hatched and been blown away or taken by a thief. However it came to be in my path, by design or chance I'll never know, but it was beautiful and I was tuned into that beauty because of something the universe built into me. I stopped and I remarked upon the scene and was moved to the point of trying to preserve the moment and am still trying to understand it.
Posted by לְדַרבֵּן at Wednesday, December 26, 2018